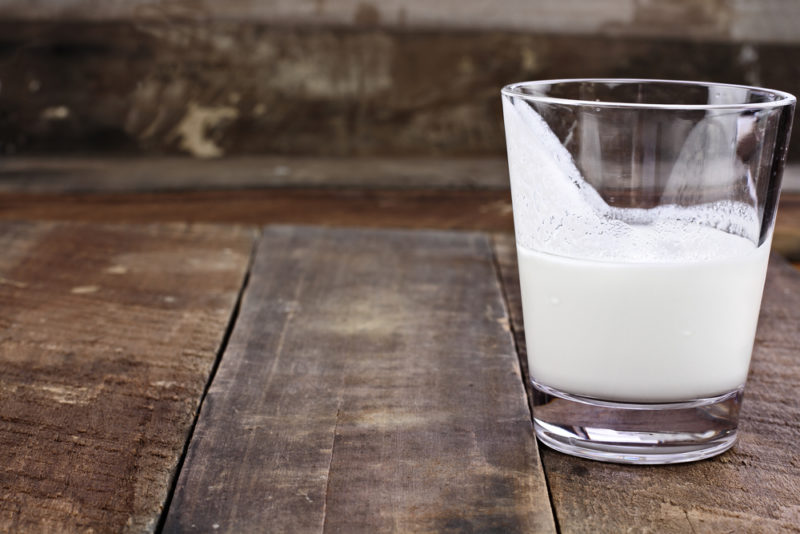 Kefir remains a popular fermented milk beverage, despite the increasingly competitive beverage market. Many people drink kefir for its alleged health benefits, according to a 2007 report in the “Nestle Nutrition Workshop Series.” The bacteria in kefir produce lactic acid by fermenting lactose. Kefir contains many kinds of enzymes that underlie this process. Talk to your doctor before ingesting large amounts of kefir.

What Kefir Enzymes Do

Casein plays a critical role in turning milk into kefir. Nearly 80 percent of the protein in milk comes from four members of the casein family, according to January 2009 review in the “Journal of Chromatography.” These substances include alpha-casein, kappa-casein and two types of beta-casein. A study published in the January 2010 issue of the “Journal of Dairy Science” showed that the enzymes present in kefir break down milk caseins. The resulting substances — known as peptides — have a broad range of health-promoting effects. They can, for example, bolster your immune system.

Manufacturers often use Lactobacillus helveticus to ferment dairy products such as cheese and kefir. This bacteria improves the flavor of cheddar cheese, according to an October 2010 review in the “Journal of Dairy Science.” The enzymes mediating these effects remain unknown. A study presented in the September 2008 edition of “Bioresource Technology” purified Lactobacillus helveticus samples to identify the enzymes present in the bacteria. The scientists found two unique substances known as Lmm-protease-Lh and Hmm-protease-Lh. The identification of these enzymes could allow the production of amino acids from the proteins contained in meat, fish and whey.

Dairy producers use lactic starters such as bacteria from the Lactobacillus family to manufacture yogurt and kefir. These substances break down the casein in milk and begin the conversion of milk to fermented products. An enzyme from the cell-wall-bound proteinase group mediates this process. Another member of this family might appear in kefir. An investigation published in the June 2006 issue of “Biotechnology and Biotechnological Equipment” tested this hypothesis in Lactobacillus kefir — a strain commonly found in kefir. The researchers identified at least one cell-wall-bound proteinase based on its ability to break down beta-casein and not alpha-casein.

It remains unknown how kefir achieves its alleged health effects. Byproducts of kefir — known as kefiran — lower blood pressure, according to a 2004 report in “Biofactors.” Kefir itself might enhance athletic performance. An experiment described in the November 2002 edition of “Cytotechnology” looked at kefir’s effect on glucose uptake. The researchers exposed cultured muscle cells to kefir during a single testing session. This treatment increased the uptake of glucose — an effect known to enhance athletic abilities. Kefir-induced activation of phosphatidylinositol 3-kinase appeared to mediate this effect. This family of enzymes plays an important role in cell growth.

Diminution of insulin-responses in the target organ is the primary cause of non-insulin dependent diabetes mellitus (NIDDM).It is thought to be correlated to the excessive production of reactive oxygen species (ROS). In this article, we attempted to evaluate whether fermented milk, Kefram-Kefir known as an antioxidant, reduces the cellular ROS levels and can stimulate the glucose uptake in L6 skeletal muscle cells. Water-soluble or chloroform/methanol-extracted fractions from Kefram-Kefir were examined to evaluate the glucose uptake ability of L6 myotubes.As a result, the water-soluble fraction augmented the uptake of glucose in L6 myotubes both in the presence and absence of insulin stimulation. Estimation of intracellular ROS level revealed that the water-soluble fraction of Kefram-Kefir reduced the intracellular ROS level on both the undifferentiated and differentiated L6 cells. Especially, glucose uptake was augmented up to six times with the addition of water-soluble fraction in the insulin-stimulated L6 myotubes. Glucose transport determination revealed that the active agent in Kefram-Kefir was resistant to autoclave and stable in pH range from 4 to 10, and the small molecule below the molecular weight of 1000. Furthermore, this augmentation was inhibited in the presence of phosphatidylinositol 3-kinase (PI 3-kinase) inhibitor wortmannin. Considering together with the reports that PI 3-kinase is locatedin the insulin signaling pathway and the participation in the translocation of glucose transporter 4 to the cell membrane, it is suggested that the water-soluble fraction of Kefram-Kefir activates PI 3-kinase or other upstream molecules in the insulin signaling pathway, which resulted in the augmentation of glucose uptake and its specific inhibition by wortmannin.