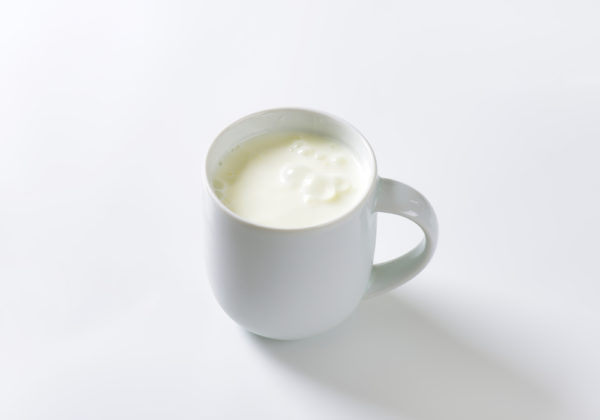 Diminution of insulin-responses in the target organ is the primary cause of non-insulin dependent diabetes mellitus (NIDDM).It is thought to be correlated to the excessive production of reactive oxygen species (ROS). In this article, we attempted to evaluate whether fermented milk, Kefram-Kefir known as an antioxidant, reduces the cellular ROS levels and can stimulate the glucose uptake in L6 skeletal muscle cells. Water-soluble or chloroform/methanol-extracted fractions from Kefram-Kefir were examined to evaluate the glucose uptake ability of L6 myotubes.As a result, the water-soluble fraction augmented the uptake of glucose in L6 myotubes both in the presence and absence of insulin stimulation. Estimation of intracellular ROS level revealed that the water-soluble fraction of Kefram-Kefir reduced the intracellular ROS level on both the undifferentiated and differentiated L6 cells. Especially, glucose uptake was augmented up to six times with the addition of water-soluble fraction in the insulin-stimulated L6 myotubes. Glucose transport determination revealed that the active agent in Kefram-Kefir was resistant to autoclave and stable in pH range from 4 to 10, and the small molecule below the molecular weight of 1000. Furthermore, this augmentation was inhibited in the presence of phosphatidylinositol 3-kinase (PI 3-kinase) inhibitor wortmannin. Considering together with the reports that PI 3-kinase is locatedin the insulin signaling pathway and the participation in the translocation of glucose transporter 4 to the cell membrane, it is suggested that the water-soluble fraction of Kefram-Kefir activates PI 3-kinase or other upstream molecules in the insulin signaling pathway, which resulted in the augmentation of glucose uptake and its specific inhibition by wortmannin.