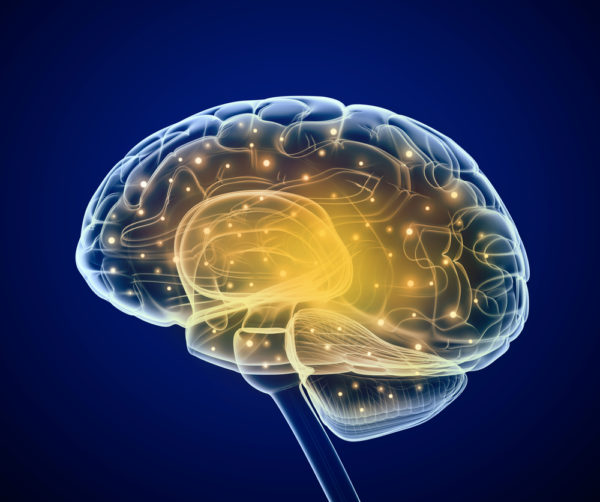 Autism encompasses a broad range of conditions characterized by challenges with social skills, communication and repetitive behaviors. Autism is a spectrum disorder, meaning the symptoms can be classified in terms of their position on a scale.

Autism Speaks1 points out there is not just one type of autism but many subtypes influenced by a combination of genetic and environmental factors. Each individual has a distinct set of strengths and challenges affecting how they learn, think and problem-solve.

In some cases, people with autism spectrum disorder (ASD) require significant support, while others can live independently and hold high-functioning positions. Several factors are thought to influence the development of the condition.

It’s widely known that autistic children often suffer from gastrointestinal (GI) problems, with those experiencing the worst GI problems often having the most severe cases of autism. Recent research2again highlights the intriguing link between the gut and the brain, and how dysfunction in the gut-brain axis influences ASD traits.

In most children, symptoms of ASD appear by age 2 or 3, although symptoms of associated developmental delays may appear even earlier. In the late 1970s, researchers discovered pairs of identical twins often shared ASD, demonstrating the condition has a genetic component.3

However, genetics are by far not the only, or even primary, risk factor. Research4 from Stanford University School of Medicine, published in 2011, which again looked at twins, discovered fraternal (dizygotic) twins were more likely to share an autism diagnosis than identical (monozygotic) twins.

Fraternal twins share only half their DNA, while identical twins share 99.99%,5 which means something other than genetics is responsible for the higher rate of double diagnoses among fraternal twins. According to the researchers, environmental factors are the most likely culprit. In conclusion, they stated that “Susceptibility to ASD has moderate genetic heritability and a substantial shared twin environmental component.”

This is not an entirely surprising finding. There is no such thing as a genetic epidemic; hence genetics simply cannot be used as an explanation for the exponential growth in autism cases. Indeed, research6 published in 2008 found de novo mutations (new mutations that spontaneously arise) associated with autism were present in just 1% of children diagnosed with autism.

Instead, the majority of autism cases appear to result from the activation or expression of a number of different genes, and there are several epigenetic and environmental factors that can trigger them. Among them:

•Toxic exposures, such as the heavy metals aluminum and mercury from contaminated sea food and vaccines, toxic microbes such as viruses and mold, glyphosate and electromagnetic fields from cellphones and Wi-Fi, just to name a few.

•Gut inflammation triggered by an imbalanced microbiome. Contributing factors include C-section, abnormal microbiome in the mother, bottle-feeding with infant formula and a processed food diet.

Russian neurologist Dr. Natasha Campbell-McBride believes brain toxicity stemming from gut toxicity, otherwise known as Gut and Psychology Syndrome (GAPS), is a key factor that sets the stage for autism, especially when vaccines are added into the mix.

According to Campbell-McBride, toxicity flowing from the child’s gut clogs the brain with toxicity, preventing it from performing its normal function and process sensory information.

The gut-brain connection in autism

As mentioned, recent research confirms and further strengthens the theory that the gut plays an important role in the development of ASD. According to this study,8,9 published in the journal Autism Research:

“People with autism commonly experience gastrointestinal problems, however the cause is unknown. We report gut symptoms in patients with the autism‐associated R451C mutation encoding the neuroligin‐3 protein. We show that many of the genes implicated in autism are expressed in mouse gut.

The neuroligin 3 R451C mutation alters the enteric nervous system, causes gastrointestinal dysfunction, and disrupts gut microbe populations in mice. Gut dysfunction in autism could be due to mutations that affect neuronal communication.”

In other words, genetic mutations found in both the gut and the brain may be a primary culprit. Mutation in the neuroligin‐3 R451C has previously been shown to alter synaptic function in the hippocampus and cortex, resulting in impaired social behavior.10

“We know the brain and gut share many of the same neurons and now for the first time we’ve confirmed that they also share autism-related gene mutations. Up to 90% of people with autism suffer from gut issues, which can have a significant impact on daily life for them and their families.

Our findings suggest these gastrointestinal problems may stem from the same mutations in genes that are responsible for brain and behavioral issues in autism. It’s a whole new way of thinking about it — for clinicians, families and researchers — and it broadens our horizons in the search for treatments to improve the quality of life for people with autism.”

“The study of two brothers with autism by Professor Christopher Gillberg (University of Gothenburg), Professor Maria Råstam (Lund University) and Professor Thomas Bourgeron (Pasteur Institute) was the first to identify a specific gene mutation as a cause of the neurodevelopmental disorder.

This mutation affects communication by altering the ‘velcro’ between neurons that keeps them in close contact … Gillberg and Råstam also took detailed clinical notes of the brothers’ significant gastrointestinal problems.

Researchers in the Gut-Brain Axis team at RMIT have built on this clinical work with a series of studies on the function and structure of the gut in mice that have the same ‘velcro’ gene mutation. They team found this mutation affects:

•the number of neurons in the small intestine

•the speed that food moves through the small intestine

… While this specific ‘velcro’ mutation is rare, it is one of more than 150 autism-related gene mutations that alter neuronal connections, Hill-Yardin said. ‘The link we’ve confirmed suggests a broader mechanism, indicating that the mutations that affect connections between neurons could be behind the gut problems in many patients.'”

Even without a genetic component, the gut microbiome appears to play an important role in ASD. In a 2013 PLOS ONE study,15 researchers analyzed the microbial content of fecal samples from 20 healthy and 20 autistic children, finding distinct differences between the two groups. As reported by Medical News Today:16

“Specifically, three bacterial genera — Prevotella, Coprococcus, and Veillonellaceae — were diminished in subjects with autism, when compared with samples from normal children … The three genera represent important groups of carbohydrate-degrading and/or fermenting microbes.

Such bacteria could be critical for healthy microbial-gut interactions or play a supportive role for a wide network of different microorganisms in the gut. The latter would explain the decreased diversity observed in autistic samples.”

The researchers noted the autistic children’s gut microflora had reduced richness and diversity, which are essential factors in creating a bacterial community capable of dealing with environmental assaults. In other words, having an imbalanced gut microbiome may render these children more susceptible to the adverse effects of environmental toxins.

One of the lead authors told Medical News,17 “We believe that a diverse gut is a healthy gut,” and suggested that antibiotics, which may eliminate beneficial bacteria and have been found to be administered more often in the first three years of life among autistic children compared to nonautistic children, may play a key role.

Campbell-McBride’s research shows there’s a profound dynamic interaction between your gut, brain and immune system. She has developed what might be one of the most profoundly important treatment strategies for preventing autism.

In her research, Campbell-McBride discovered that nearly all of the mothers of autistic children have abnormal gut flora, which is significant because newborns inherit their gut flora from their mothers at the time of birth. Establishing normal gut flora in the first 20 days or so of life plays a crucial role in the maturation of your baby’s immune system.

The good news is you can rather inexpensively identify GAPS within the first weeks of your baby’s life, which can help you make better-informed decisions about vaccinations, and about how to proceed to set your child on the path to health.

The entire process for identifying children who would be at risk for developing autism from a vaccine is described in her book “Gut and Psychology Syndrome,” but to sum it up, in her practice she starts out by collecting a complete health history of the parents, and their gut health is assessed.

Then, within the first few days of life, the stool of the child is analyzed to determine the state of the baby’s gut flora, followed by a urine test to check for metabolites. Together, this can give you a picture of the state of your child’s immune system. These tests are available in most laboratories around the world.

If the test results are normal, the risk of autism after vaccination is significantly reduced. If you find that your baby has abnormal microflora, or begins to develop symptoms of autism, the GAPS program should be started immediately, as the younger the child is when you start the treatment, the better the results. The child also should not be given any vaccines until their gut microbiome tests normal.

Campbell-McBride reversed her own son’s autism using dietary changes and detoxification, and her hypothesis is in my view one of the most relevant. I believe her GAPS nutritional protocol is important for most people these days, as a majority have poor gut health due to poor diet and toxic exposures, but it’s particularly crucial for pregnant women and young children.

The best way to prevent GAPS in the first place is for the mother to avoid all processed foods, sugar, antibiotics and birth control pills before conception as these cause yeast and fungi to grow and also cause leaky gut. This can then be followed by breastfeeding and avoiding the use of antibiotics during (intrapartum) and after delivery.

Another important factor is vitamin D deficiency — especially in conjunction with damaged gut microbiome. Optimizing your vitamin D levels and your gut flora before and during pregnancy may be two of the most important prevention strategies discovered to date. For other strategies that can be helpful in the prevention and treatment of autism, see “The autistic brain: Thinking across the spectrum.”