Curcumin could delay the development of cirrhosis

Curcumin could delay the development of cirrhosis 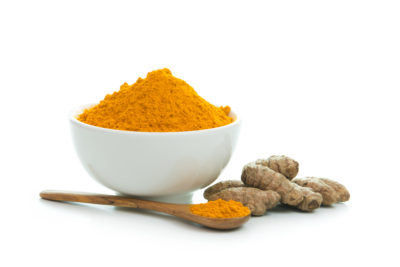 A report published on March 24, 2010 in the journal Gut reveals that curcumin, a compound that occurs in the spice turmeric, could help delay liver damage that causes cirrhosis.

“Chronic cholangiopathies [diseases of the liver’s bile ducts] such as primary sclerosing cholangitis (PSC) and primary biliary cirrhosis are characterised by progressive inflammation and subsequent development of biliary fibrosis and cirrhosis,” the authors write in their introduction to the article. “Since the effectiveness of currently available medical therapies to slow the progression of cholangiopathies is limited, there is an urgent need for novel and effective medical treatment strategies.”

For their research, Michael Trauner of the Medical University Graz in Austria and colleagues used normal “wild-type” mice and mice bred to develop chronic bile duct disease. The animals were given a control diet or a diet enriched with curcumin for 4 or 8 weeks, following which blood and tissue samples were analyzed.

The genetically modified animals that received curcumin for 4 and 8 weeks experienced reduced bile duct blockage and less liver cell damage and fibrosis compared to those given normal diets. The researchers found that curcumin interfered with several inflammatory signaling processes. The compound appears to inhibit the progression of fibrosis rather than reversing that which has already occurred.

The study is the first of its kind to examine the effects of curcumin on bile duct inflammation and liver damage in a mouse model. The findings suggest the potential of curcumin to be evaluated as an effective alternative to ursodeoxycholic acid (the only currently available drug treatment) or as an agent that could help delay the need for liver transplantation.